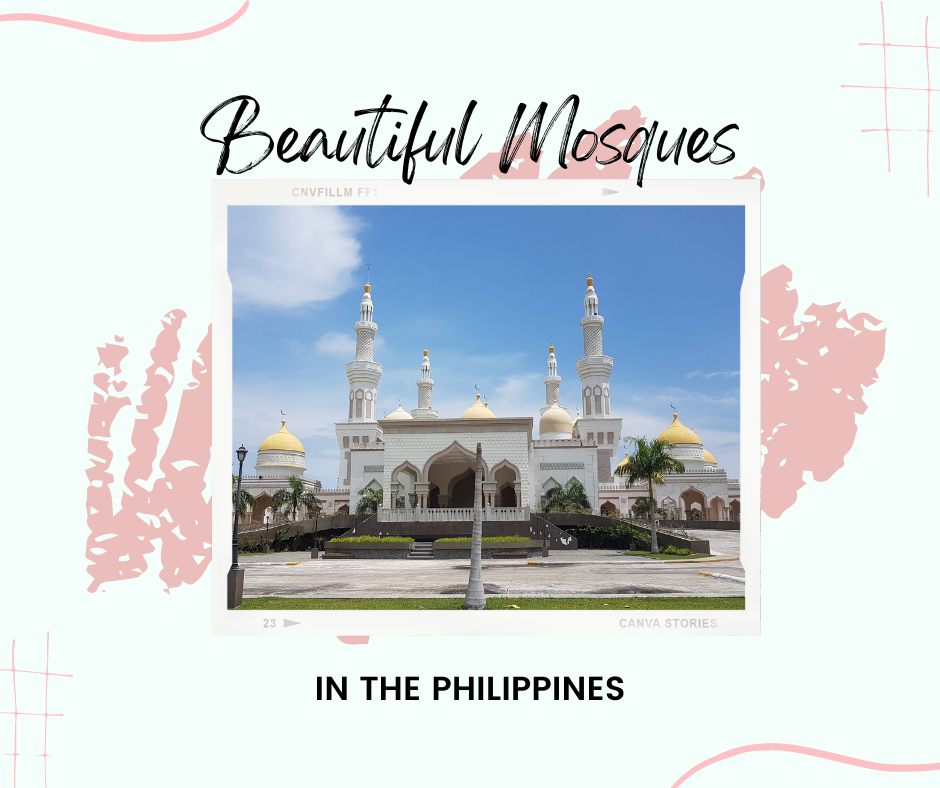 Islam is the second largest religion in the Philippines. Muslims account for 5,127,084 as of 2010, according to the National Statistics Office (NSO) as posted in the Rappler post. Majority of the Muslims in the Philippines reside in Mindanao. But as the growth of migration within the country and reverts are rising, Islam is already felt in other cities and provinces, as well.

The mosque is one of the many things that symbolizes Islam. When one sees a mosque, it means that a good number of Muslims might be residing in a certain place. For this article, we will take you across the country’s beautiful mosques!

Here are some of them:

Sheikh Makhdum Mosque is the oldest mosque in the country. Moreover, Tawi-Tawi is known for being the first place to be islamized in the entire country. It is also the point where Islam started to spread to most of the regions in Mindanao and even to Manila where Raja Sulaiman reigns. The mosque shelters the original four pillars of the first mosque.

That’s all for now. This is an on-going list. You can submit your photos if you like!

Do you have any other photos of other equally beautiful mosques in your locality? Send it (link of the photo) to us via our contact page!