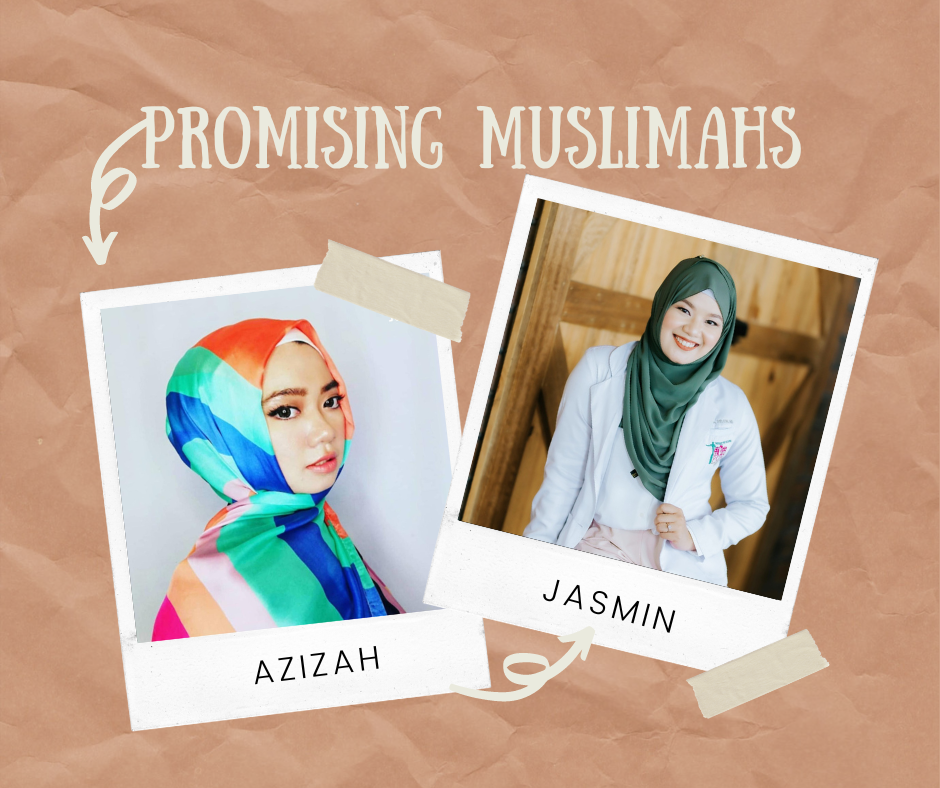 While today’s generation has been dubbed as selfish and narcissistic, we are also the most diverse, creative and passion-loving generation. Not only do we face the criticisms of being millennials, we are also experiencing stones thrown at us simply for being hijabis/niqabis. Being the face of Islam, it is rather harder to make our own name in a non-Muslim-dominated country. However, things are changing and we found hijabis/niqabis that are worth the feature and be the role models to the younger generation.

Truly, a woman in Islam is not oppressed. She has the freedom to get an education, improve herself and be the catalyst of change for her community. This has been proven by some lovely hijabis around the country. We may not be able to pinpoint everyone and write about them here, but, Alhamdulillah, we managed to feature some of them.

This article will tell you just how amazing millennial hijabis can be.

Alhamdulillah, we will begin and end this list with niqabis.

A lot of hijabis know her, especially those who have purchased her latest Ramadhan Journal. She is a 13-time international award-winning artist and is one of the renowned artists in Islamic art and calligraphy. She is also knowledgeable about Islam and knows the Qur’an by heart. This is why she founded Al-Ihsaan Islamic School of Arts in 2012 and Banat ul-Mu’mineen in 2014. Indeed, she is one of the exceptional Muslimahs around.

To know more about her design and work, hover to www.zohaymamontaner.com.

She is not just your ordinary blogger and vlogger. At 22, she served as the youngest assemblywoman of the second district of Lanao del Sur at the Regional Legislative Assembly of the Autonomous Region in Muslim Mindanao. Currently, she is taking up Law in San Beda College of Law. During her university days, she served as the president of the student council of Mindanao State University – Main Campus and was also awarded as one of the Ten Most Outstanding Students in the Philippines. Google her name and you’ll be amazed at how this young lass bring so much inspiration to the Muslim community in the Philippines.

She heads the Legal Team of the Government of the Philippines (GPH) Peace Panel. Atty. Anna got her degree in Public Administration and LLB in the University of the Philippines. She started as a legal researcher and only after passing the Bar she re-joined the team to be what she is now. Surely, no amount of words can express our awe with this young lawyer.

Everyone knows who Queenie Padilla is. Not only is she the daughter of the famous Filipino actor, Robin Padilla (a Muslim revert), she was also once an actress before reverting to the one true religion, Islam. This girl has been doing dawah since she came back to the fold of Islam. Queenie is an inspiration to us because she uses her fame in such a graceful and good way. And just wait and see what she does next coz there is something big cooking for all of us. (Hint: modest fashion)

If there is a girl who is so consistent at being the cream of the crop, it is most probably Dayang. She graduated primary, secondary school and university as the class valedictorian. And upon graduating from the College of Law of MSU, she was the class salutatorian. She did not only excel in the academe, but in leadership, too. During her stay at MSU TCTO, she served as the president of the MSU-TCTO student council and  system-wide FEMSUSSCO. In addition, she was also a student regent of the MSU System. She was responsible on the “rotation system” of the Presidency implemented in the FEMSUSSCO right now. That’s something to live up to!

This hijabi has just recently graced the Philippine news websites and papers with her initiative, the interfaith #FastingChallenge. She created a community which is called Friends beyond Faith and the fasting challenge was among the activities of the group. This creates awareness and understanding among the various religions in the Philippines. How cool is that? We sure are waiting for the succeeding activities of FBF!

Did you know she managed to cook everything while being a medicine student? Hashtag amazing!

She is an entrepreneur, blogger, speaker and many other great things that I cannot put into words. She is one of the Philippine Ambassadors for World Hijab Day, where we promote the hijab awareness every 1st of February of the year. This hijabi is currently studying her Masters in International Marketing at International Islamic University-Malaysia while managing her co-founded business, hers-laha.com and Hers Ikhwat. She is also the ambassador of her secondary and university alma mater, Sultan Kudarat Islamic Academy Foundation College.

If you are from Zamboanga City, you’ve probably seen our Princess Jasmin grace the local tv programs talking about Shari’ah and explaining it to the mass. She is not just a pretty face because she also got the brain. She is a shari’ah counselor at 25. She recently finished her law school at Western Mindanao State University and interned at the Ateneo Human Rights Center which lead their way with her colleagues in creating the Centro Advocacia Legal (CAdLe) Human Rights Center and Legal Aid Center in Zamboanga City and the Region.

She is a simple niqabi and pharmacist from the southwestern Zamboanga City. But her constituents in Universidad de Zamboanga know her well for spearheading the movement to fight for and defend their rights to wear the niqab on the campus. She served as the Ameerah (President) for the women sector of the Muslim Students Association of the said university from 2009-2011. Because of her, the students are now free to wear their niqabs as they please. Ma sha Allah.

These women are just some of the reasons why hijab or niqab is never a hindrance if you want to achieve something. Moreover, millennials are bound to reach heights despite being called selfish and narcissistic. Being a hijabi in the Philippines might not be all sugary, but isn’t the spice what makes the journey a lot fulfilling?

This is just the first wave of our features of amazing hijabis. There are still more to come. Hopefully, we can do an in depth feature (and no age limits) in the future, as well. If you want to suggest someone to us, hover to our contact page.

3 thoughts on “Promising Young Hijabis in the Philippines”